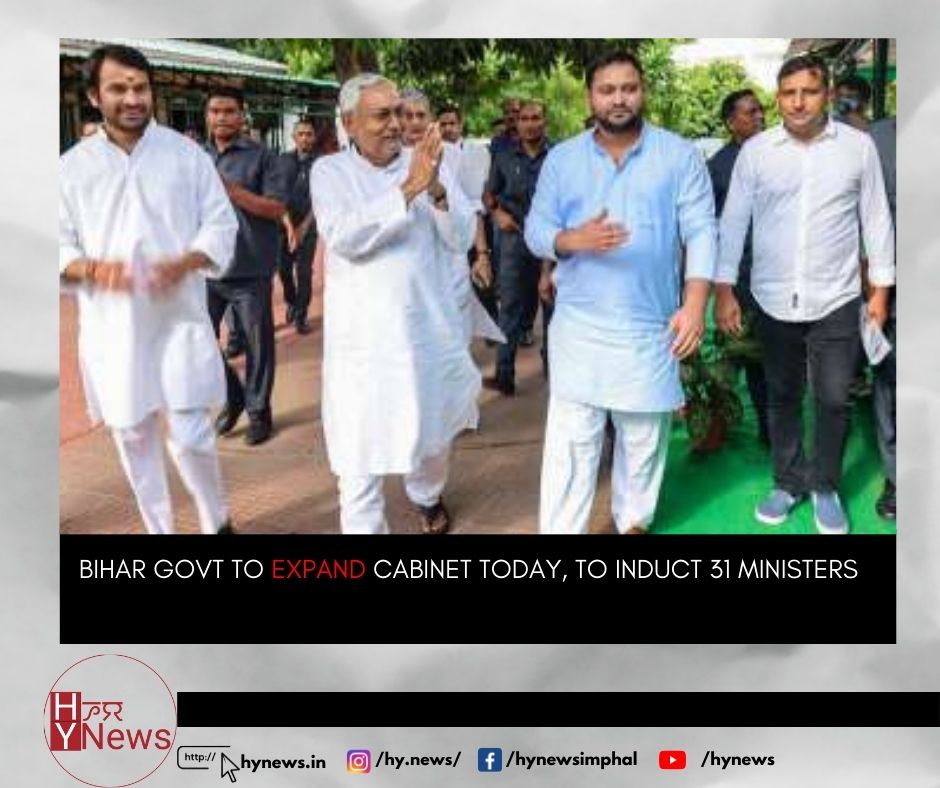 Bihar Chief Minister Nitish Kumar will expand his two-member cabinet on Tuesday, days after he was sworn in as Chief Minister of the state for the record eight times and RJD leader Tejashwi Yaday as the deputy Chief minister.

Media report suggest that a total of 31 ministers will be inducted into the cabinet from various parties that are part of Mahagathbandhan or the Grand Alliance, including the Congress. The ceremony will be held at around 11.30 am at the Raj Bhavan.

Last week, in a surprise move last week JD(U) Chief and CM Nitish Kumar walked out of an alliance with the BJP, which was ruling with Kumar after the coalition was voted to power in 2020.