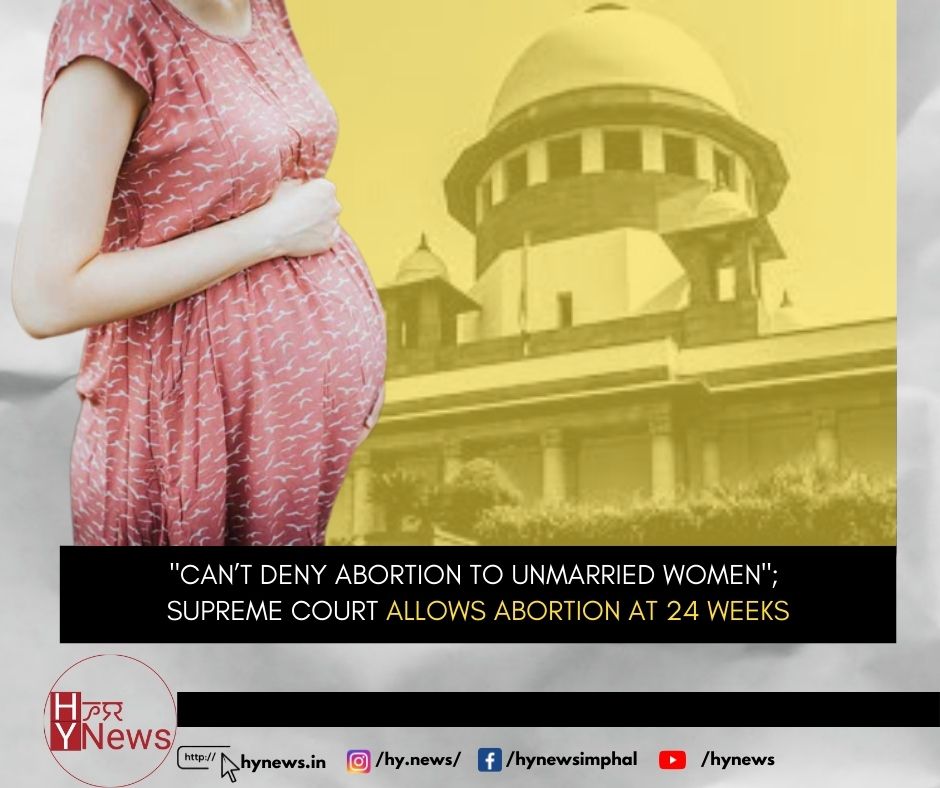 In a landmark order, the Supreme Court expanded the scope of the Medical Termination of Pregnancy Act and has included unmarried women to it.

The apex court permitted a 25-year-old woman to abort her 24-weeks pregnancy arising out of a consensual relationship.

“A woman's right to reproductive choice is an inseparable part of her personal liberty under Article 21 of the Constitution and she has a sacrosanct right to bodily integrity," the Supreme Court said.

A bench of Justices DY Chandrachud, Surya Kant, and AS Bopanna directed the AIIMS director to set up a medical board of two doctors to examine the woman by Friday under the provisions of the Medical Termination of Pregnancy (MTP) Act It asked the board to determine whether the pregnancy if terminated could risk the life of the woman or not.

As per the Medical Termination of Pregnancy (MTP) Amendment Act, 2021, medical practitioners can terminate the pregnancy, as long as it does not exceed 20 weeks. In cases where the pregnancy exceeds 20 weeks and is before the 24-week mark, termination is possible only when validated by a medical body’s opinion.

But in this case, the Delhi High Court cited both the progression of the pregnancy as well as the fact that it arose out of a live-in relationship as reasons why the abortion request wasn’t covered under the MTP Act. This is despite the petitioner noting she was “deserted by her partner” last month, “causing her immense mental agony, trauma, and physical suffering.”

Forcing her to continue with the pregnancy would then pose danger “danger to the life or risk to physical or mental health of the woman,” something the MTP Act cites as its prerequisites for seeking an abortion.