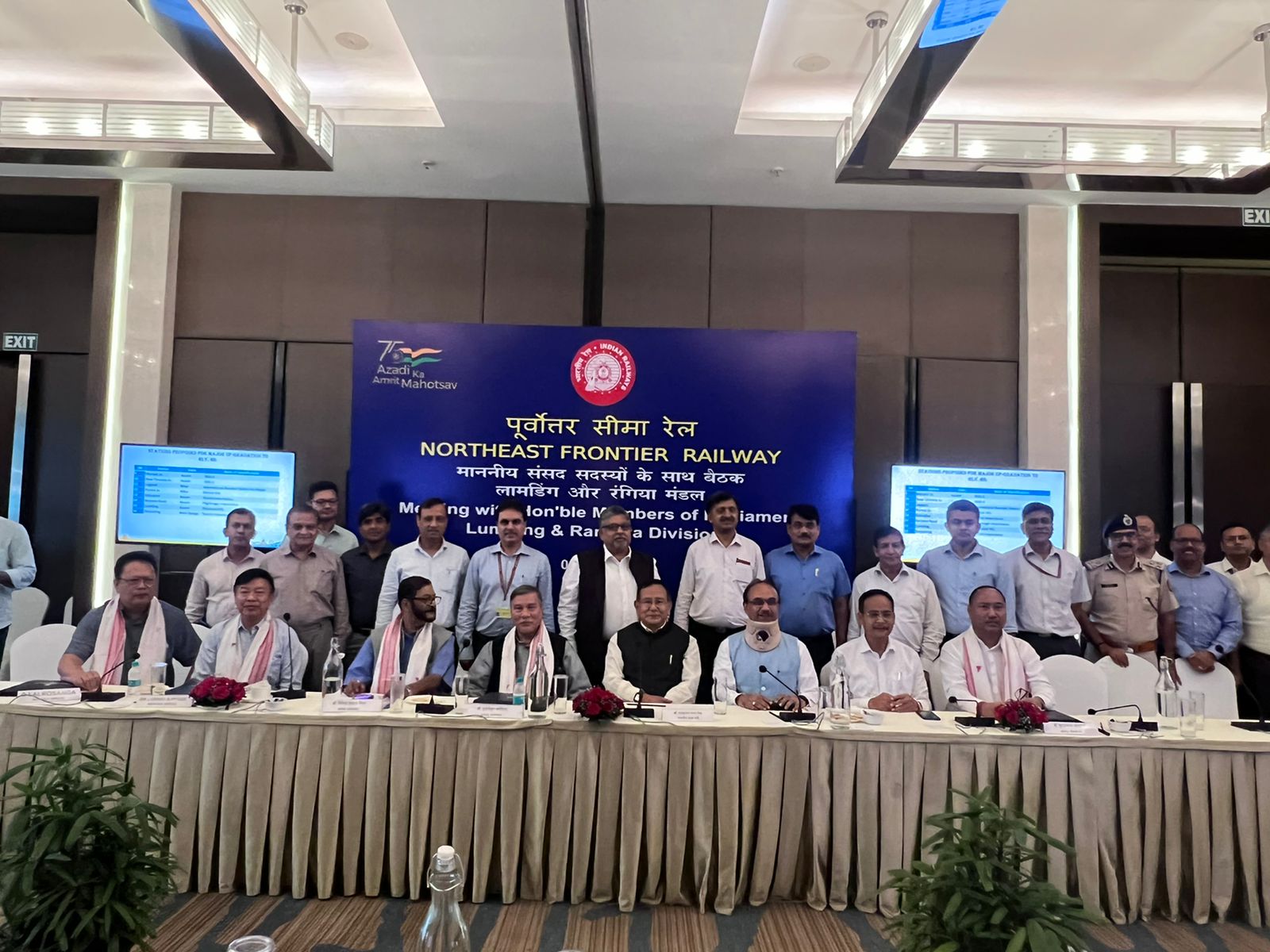 RK Ranjan Recalled Historical Connections Between Tripura and Manipur in MP's Meeting by Northeast Frontier Railways
Dr. Rajkumar Ranjan Singh, Union Minister of State for External Affairs and Education participated in the meeting of Members of Parliament representing the area served by Northeast Frontier Railways, on September 02, 2022, in Guwahati.
During the meeting, Dr. Singh recalled historical connections between Tripura and Manipur and thanked the Railway Ministry for connecting the two states with Jan Shatabdi Express. He expressed satisfaction that the North East Frontier Railway conducted the Railway Recruitment Board at Imphal, as requested in the last edition of this meeting. He also admired that the proposed railway station at Imphal will be a world-class infrastructure.
During the meeting, Dr. Singh requested the North East Frontier Railways to consider the establishment of a Specialised Centre of Excellence for Tunnelling or Earth Sciences in Imphal, in line with Gati-Shakti University. He further requested that the Northeast Frontier Railways consider donating some old railway wagons/containers to popular tourist spots in North East Region for conversion and use as tea shops/restaurants.
Dr. Singh recalled that the railway line in Manipur has bifurcated Phaiton near Jiribam, a Kuki village into two. He called on the railway officials to urgently consider the establishment of a foot-over bridge, to connect the two sections of the bifurcated village. He also requested the railway authorities to examine the alignment of the proposed railway line between Kotland and the Imphal valley.