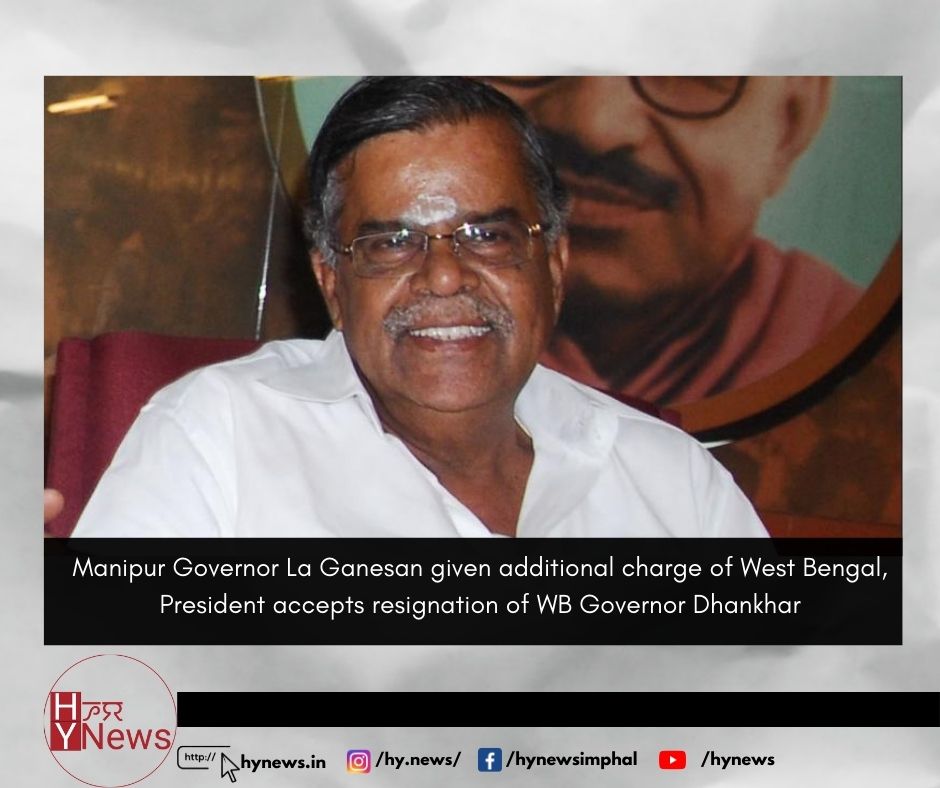 President Ram Nath Kovind on Sunday accepted the resignation of West Bengal Governor Jagdeep Dhankhar who has been named as the ruling National Democratic Alliance candidate for the vice-presidential election.

Manipur Governor La Ganesan has been given the additional charge of West Bengal, it said.

The BJP had on Saturday announced Dhankhar's candidature for the vice president election.

Meanwhile, Senior Congress leader and former Union Minister Margaret Alva has been named as the Opposition's joint candidate for the August 6 vice presidential election.Alva will file her nomination on Tuesday.

The Election Commission made an announcement that the elections for the 16th vice president of India will take place on August 6, 2022.