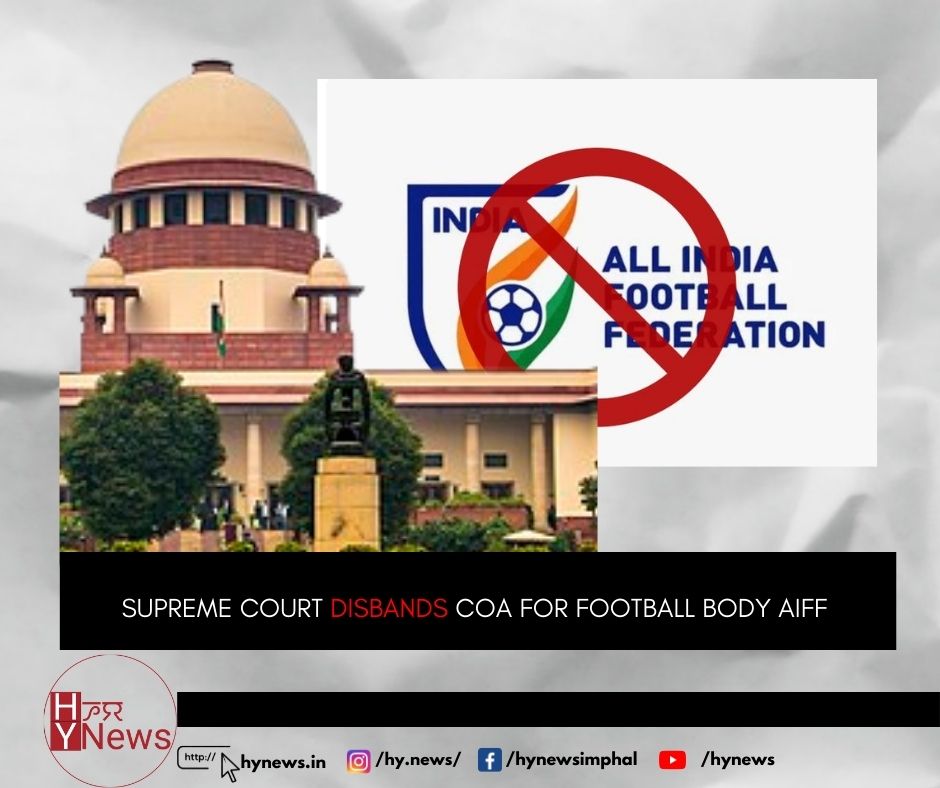 The Supreme Court terminated the mandate of the Committee of Administrators (CoA) to manage the affairs of the All-India Football Federation (AIFF) to facilitate the revocation of the Indian football body’s suspension by FIFA and the return of the Under-17 Women’s World Cup to India.

The Supreme court said that it is modifying its earlier order to facilitate holding of the Under-17 Women's World Cup by India and revocation of suspension of AIFF by the International Football Federation (FIFA).

A bench of Justices DY Chandrachud and AS Bopanna postponed the August 28 elections of the AIFF by one week to allow a changed electoral college and starting of nomination process.

The bench said the voter list for the AIFF polls would consist of 36 representatives of State/UT member association of football federation as is being sought by FIFA.

The top court passed the order on an application filed by the Ministry of Youth Affairs and Sports seeking modifications of an earlier order in view of the discussions with the FIFA.

Since the suspension was announced on August 15, Indian Women’s League champions Gokulam Kerala were barred from competing in the Asian Club Championship; the men’s national team matches in September against Singapore and Vietnam have been cancelled; and, there was a risk that India would be stripped of hosting rights for the U-17 Women’s World Cup in October.

The Supreme Court order came after the Ministry of Youth Affairs and Sports, late on Sunday, filed an application seeking an end to the “mandate” of the CoA, among other things, so that FIFA would lift the suspension imposed on AIFF.