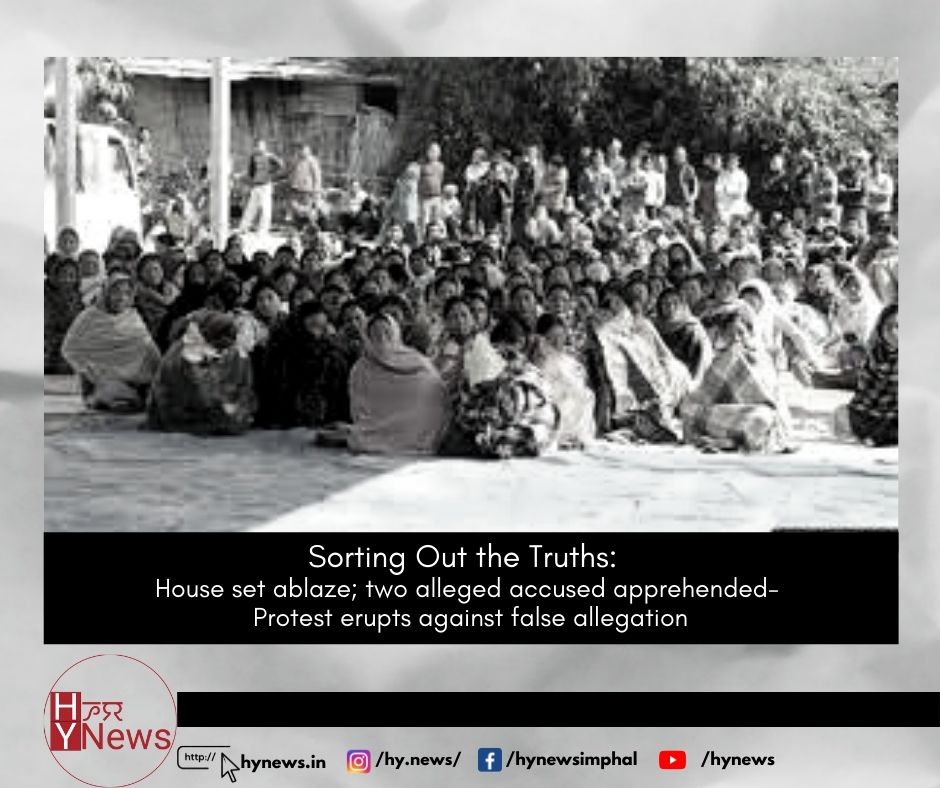 Political cataclysms went gaga in Manipur during the 12th Legislature Election 2022 in several constituencies. Barbarity is not nonnative to Manipur's political existence- and normalization of violence has already been established by living in a place known for arms conflicts under AFSPA 1958. Peoples here live with an intimate relationship between politics and violence.

We see in every election, polarization between the political opponents irrupt from the air of animosity that escalates the poll violence. It can be assumed that violence becomes an inherent part of human existence in Manipur.

Amongst the numerous instances of poll violence- setting ablaze of the political worker's houses and destruction of houses and properties were witnessed.

One uncommon incident is that- the alleged perpetrators were fends with support of false allegations by mass protestors after two alleged accused was apprehended on the charge of setting a house ablaze.

On 4th March Rakesh Naorem and his brother's house was set ablaze by some miscreants believed to be supporters led by INC candidate M Hemanta as per the report from the victim. Rakesh Naorem said that the miscreant also burned the house of his brother on the same day by throwing petrol bombs. He had earlier lamented the silence of political leaders, Meira Paibis, and local organizations of Wangjing Tentha on the unfortunate incident.

The victim's family had appealed for justice. Many individuals and groups extended financial aid to Rakesh Naorem and his brother whose houses were burnt down.

Following a complaint, a combined team of Thoubal Commando and Khongjom Police Station apprehended two persons alleged to have set the house of Naorem Chaoba Singh (67 yrs) father of Rakesh Naorem of Tentha Khongbal on fire. The persons arrested are - Moirangthem Ghane Singh (51 yrs), son of M. Manaobi Singh, and Laimayum Vivekraj Singh (30 yrs), son of (Late) L. Athoubi Singh. The combined team arrested the two during the raid conducted under the supervision of SP Thoubal Jogeshchandra Haobijam, IPS. The operation began at 3 am.

In interaction with media persons at SP Thoubal’s Office, SP Jogeshchandra Haobijam IPS said that the team conducted a special raid operation at 03:00 am to hunt down the accused involved in setting a house on fire on the 4th March at Tentha Khongbal in Wangjing Tentha. And they were able to seize the accused at around 3:50 early in the morning. The accused was brought to the Thoubal Magistrate and later taken to police custody for four days for necessary legal actions. He furthered that they would take up stringent action against the alleged culprits.

On the other side, a mass protest irrupted at Wangjing Tentha against the false allegation and fake circulation of the incident. During the protest held on Wednesday after the two alleged accused was apprehended by police- The Secretary of Ikop Ningthou Chaokhat Khongthang Nupi Lup Tentha M. Sanatombi expressed that report of the blazing house of Naorem Rakesh, Naorem Tomal, and Naorem Milan on media is fake and warned the people not to believe in such type of fake report. She added that Rakesh Naorem spread this fake news on media for his own personal gain". She added that N. Rakesh framed Moirangthem Ghane and Laimujam Vivekraj for blazing their house.

M. Sanatombi expressed the above statement on a sit-in-protest held at Tentha Khongbal against the arrest of M. Ghane and L. Vivekraj by Khongjom Police. She said that the charge framed by N. Rakesh is baseless and sought immediate acquittal of the arrested. She ask the media to personally enquire whether the house was set ablaze or not. She warned the police that several types of protests will be held if the arrested were not acquitted and freed immediately.

On enquiring about the false allegation - Rakesh Naorem has indicted the media who published the mass protest along with the reported condition of his house after the incidents. Some portion of his house was tarnished in the footage we received from our ground reporter.

What is alluring is that- our public generally possesses sympathy for any such unfortunate incident. Why the reported incident was left unattended by its localities and clubs? Moreover, the people of the locality merge to protest the arrest of the alleged accused condemning it as a false allegation. United Club Organization, Lakhipur extends their heartfelt condemnation towards such an incident.

The police and the concerned authority need to investigate the incident thoroughly to bring forth the truth of the incident.

While in the another incident of poll violence, Thoubal Police also arrested Haobam Rakesh from a small region of Thoubal District in connection to the murder of L. Amuba on 5th March 2022 on the same day. He was the second main accused of the murder of L. Arun. He has been absconding since then. His father, Hoabam Rajen Singh (67 years) - the other main accused - was nabbed at around 2.30 pm on the 15th of this month from Jail Road, Old Lambulane, Imphal.

N:B The author is the Editor of HY News 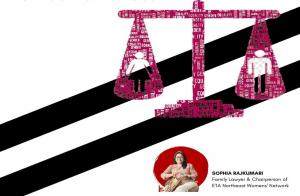 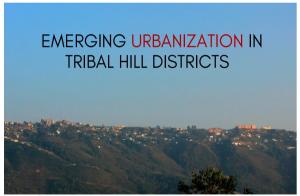 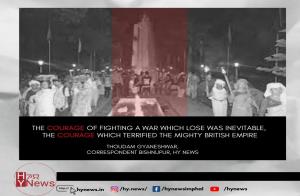 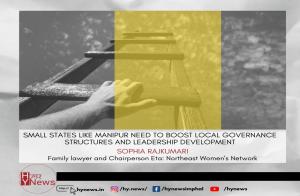 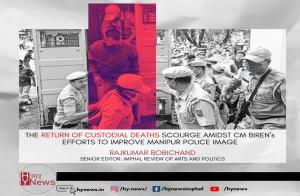 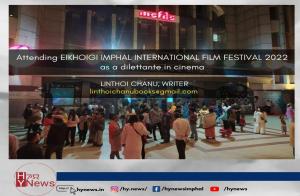 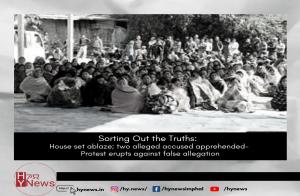 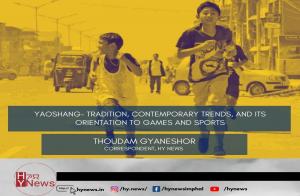 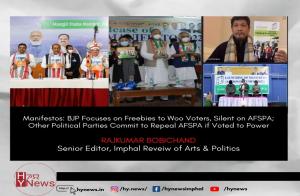 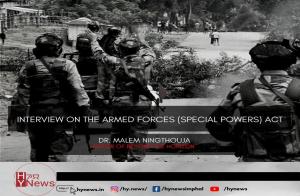 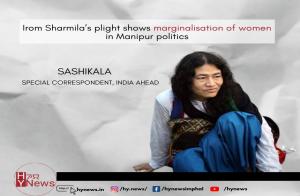 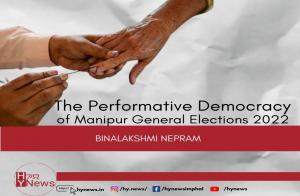 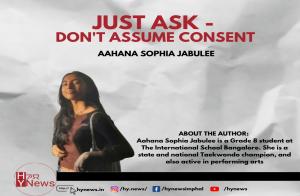 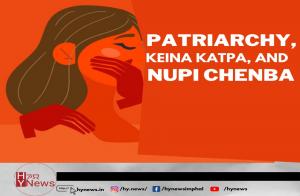 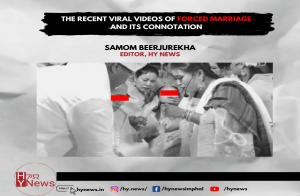 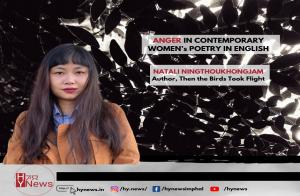 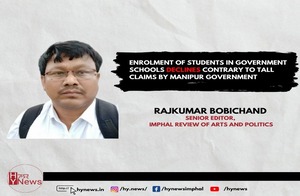 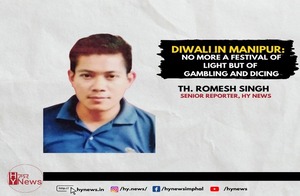