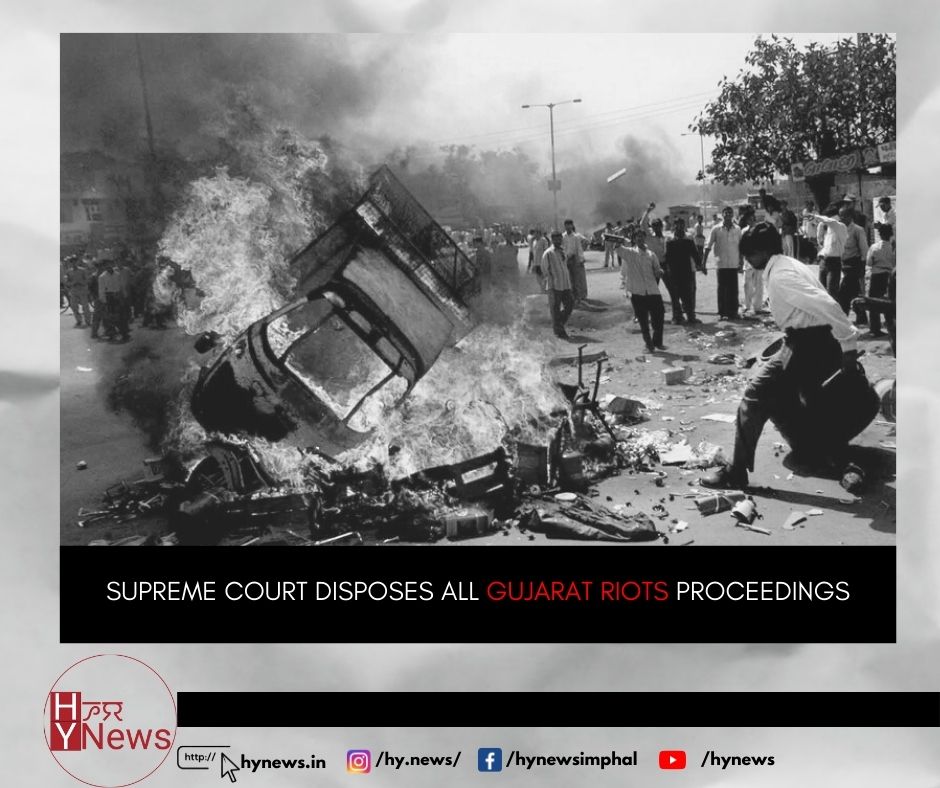 The Supreme Court on Tuesday disposed of ten petitions, including the ones filed by the National Human Rights Commission, seeking proper investigation in the cases of 2002 Gujarat riots.

On Tuesday, a bench headed by Chief Justice of India UU Lalit noted that only one trial in the Naroda Gam case is pending. It asked the Special Investigation Team (SIT) to take steps to bring the case to a conclusion.

Concerning the proceedings initiated in the aftermath of the post-Godhra riots, the court stated that the cases have become ineffective with the passage of time and trials have concluded in eight of the nine major cases prosecuted by the special investigation team under the court's orders and that the final arguments in the last case are currently being heard in the trial court in Naroda Gaon, Gujarat.

The Gujarat riots of 2002 were three days of inter-communal violence in Gujarat which was then governed by Prime minister Narendra Modi.

The Supreme Court also noted that with the passage of time and in view of the 2019 top court's verdict on the Ram Janmbhoomi-Babri Masjid land dispute case in Ayodhya, the contempt cases don't survive.