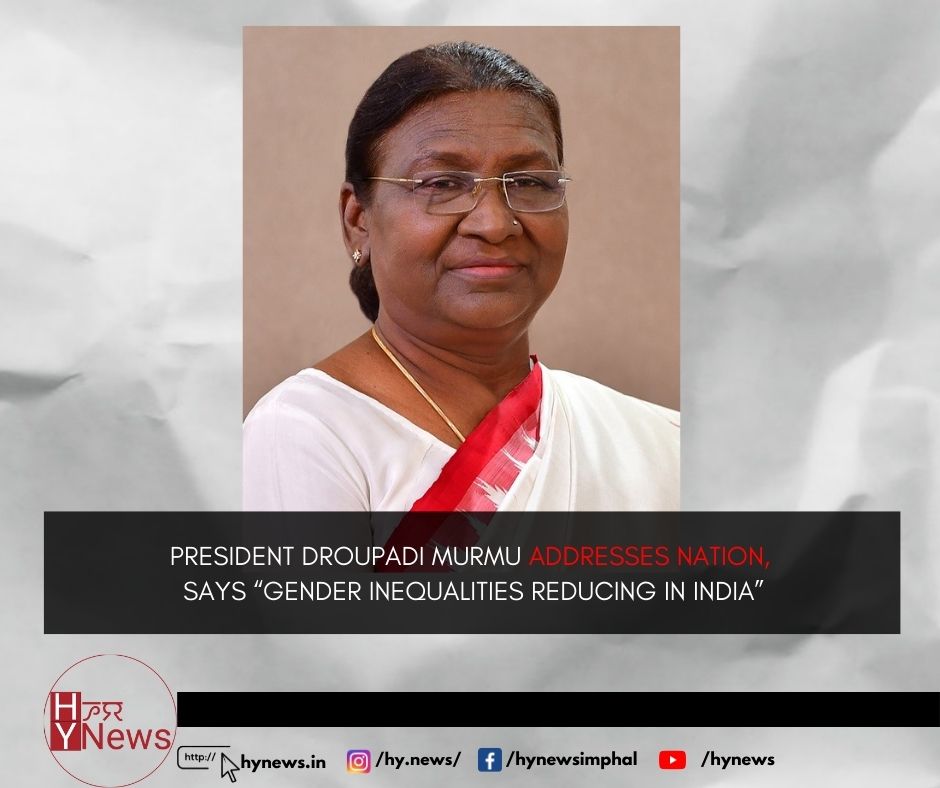 President Droupadi Murmu in her maiden address to the nation on the eve of Independence Day talked about India's vibrant democracy, success story of Covid vaccines, Atmanirbhar Bharat and the growth of the country's economy after the pandemic.

Beginning her address, Murmu said that on August 15, 1947, India cut the shackles of colonial rule. “While celebrating the anniversary of that auspicious day, we salute all the freedom fighters,” she said.

Expressing her thoughts on the Centre's 'Har Ghar Tiranga' campaign, President Murmu said that Indian tricolours are fluttering in every nook and corner of the country.

President Droupadi Murmu pointed out that gender inequalities are reducing in India and women are breaking many glass ceilings.

President Murmu said India’s newfound confidence stems from the spirit of its youth, its farmers, and above all, its women. She added that gender inequalities are reducing and women are moving ahead, breaking many glass ceilings and their increasing participation in social and political processes will prove decisive. She emphasised that the country’s daughters are the biggest hope for the nation and some of them brought laurels for the country at the recently held Commonwealth Games.

In her address, the President mentioned that when the environment is facing new challenges, we must remain determined to preserve all that makes India beautiful. She said, conserving water, soil and bio-diversity is duty towards our children. She noted that with a traditional lifestyle Indians can show the way to the rest of the world. She said, Yoga and Ayurveda are India's invaluable gifts to the world and their popularity is on the rise all over the globe.

President Droupadi Murmu said that the country has given its citizens everything they have in their life and people should take pledge to give everything they can, for the sake of safety, security, progress and prosperity of the country.